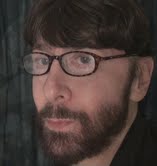 Full conference agenda:
http://www.usasurvival.org/ck06.16.2011.html
June 28 at the National Press Club in the Holeman Lounge from 10-4 p.m.
-------------
A light lunch and refreshments will be served.
Free and open to the public and the press
Former FBI Agent Rick Hahn on “Why Eric Holder Must Go”
Richard “Rick” Hahn retired from the FBI after a distinguished career that spanned 32 years. He retired in 1999 from the position of Senior Supervisory Agent of the FBI office in Long Beach, California. As an Agent he specialized in investigations of domestic and international terrorist organizations. He organized multi-agencytask forces which brought about the arrest and prosecution of terrorists. He also led a landmark investigation that that located and penetrated the first active terrorist safe house ever found in America. In 1984 he was the recipient of the Attorney General’s Distinguished Service Award for his work in counter-terrorism. He is also the author of the book American Terrorists The True Story of The FALN, America’s Most Prolific Terror Group, which is pending publication.

“Castro’s Terror Plots and Agents of Influence in the U.S.”
Humberto Fontova is a well-known author and writer who was born in Havana, Cuba, but grew up in New Orleans. He graduated from the University of New Orleans with a degree in Political Science. He received his Masters Degree from Tulane University in Latin American Studies. In 2005, he released his third book which is a departure from his earlier writings into a more political genre, Fidel: Hollywood's Favorite Tyrant. In early 2007, his 4th book was released. Exposing the Real Che Guevara and the Useful Idiots who Idolize Him.